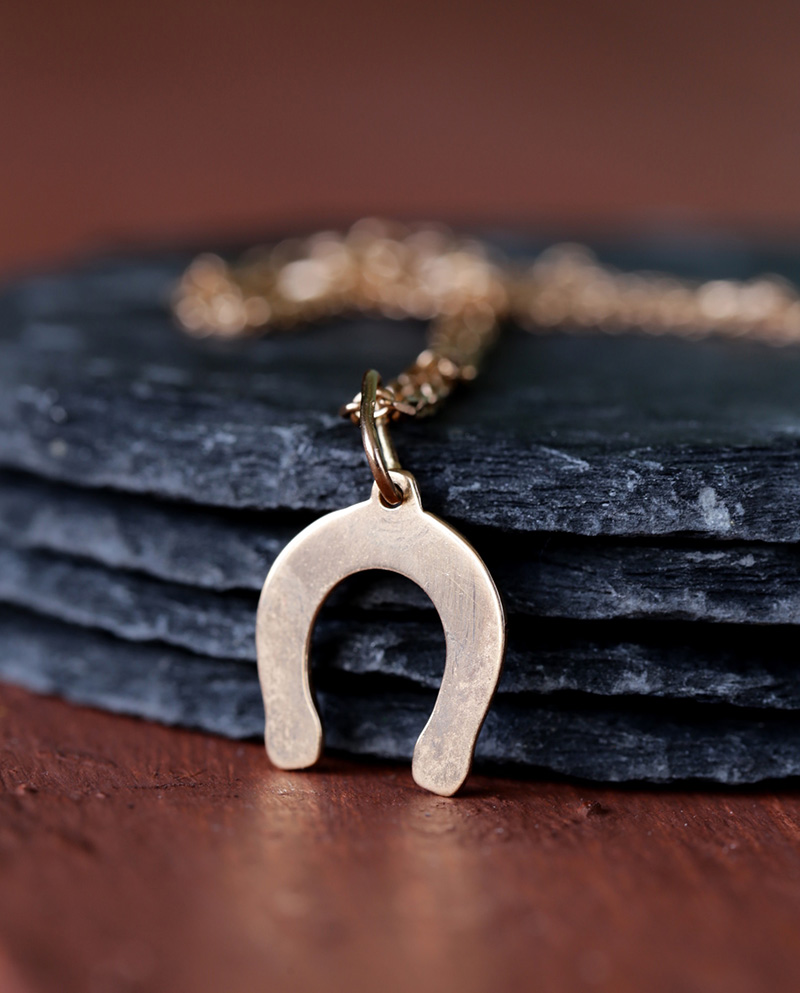 You can’t miss the luck of horseshoes if you eat Lucky Charms cereal with its purple horseshoe marshmallows. Horseshoes are a symbol of good luck whether they’re hanging in your doorway, or you’re wearing horseshoe jewelry.

Even though everyone knows horseshoes are a sign of luck, do you know where this superstition started?

Several ancient stories tell about the beginning of good luck from horseshoes. Read more and decide which story you believe is the true one.

In ancient tales, small fairy folk lived during the Stone Age. Celtic tribes invaded Northern Europe and the British Isles in 400 B.C. This was the home of the fairies.

They hid in the woods and started wearing green as camouflage. This was also the beginning of the leprechaun myths.

The Celts who settled the land began seeing the fairies in the forests. They called them goblins or evil spirits. The Celtic settlers thought the goblins caused bad luck, such as casting spells that caused cow’s milk to dry up and stopped chickens from laying eggs.

They also believed the fairies kidnapped babies. The Celts thought these evil spirits were afraid of iron. So to keep them away, the settlers hung iron horseshoes over their doors.

They also thought the Celtic moon shape of the horseshoes scared away the goblins.

Saint Dunstan and the Devil

In this Irish tale about the luck of the horseshoe, St. Dunstan was a blacksmith during the 10th century. He lived near Glastonbury, England. He later became the Archbishop of Canterbury in 959 A.D.

From the True Legend of St. Dunstan and the Devil by Edward G. Flight, St. Dunstan was working as a blacksmith when a man stopped by. St. Dunstan knew this man was the devil.

The devil asked St. Dunstan to put horseshoes on his cloven feet. Dunstan agreed to put on the horseshoes but told the devil he had to chain him to the wall to do the job.

He nailed the red-hot horseshoes on the devil’s feet causing incredible pain. When the devil asked to be let go, St. Dunstan told him only if he promised never to enter a house that had a horseshoe hanging over the door. The devil agreed.

You can still see horseshoes hanging over people’s doors today for good luck.

A few other legends also exist about the origin of the horseshoe symbol. Here are a few of them:

Get Lucky with Horseshoe Jewelry

You don’t have to find an iron horseshoe and hang it over your door to get the same lucky vibes. Wearing a horseshoe necklace meaning the same good luck is all you need. Bring good luck wherever you go with lucky horseshoe jewelry.

Contact us for a wide assortment of horseshoe jewelry to keep the good luck flowing into your life.

Use the search box to find the product you are looking for.

No products in the cart.